One of the most pivotal characters in the 'expanded universe' that has grown out of the original Star Wars mythos over the years and one half of the Solo twins, Jaina is an accomplished pilot and Jedi master in the re-forged order set up by her uncle Luke.

The new Art FX statue designed by toy and statue maker Kotobukiya showcases the stick jockey in Jaina. The young Solo is decked out in an Alliance X-Wing pilot uniform and comes complete with her lightsaber.

A KOTOBUKIYA Japanese import! It’s been a long time coming, but Star Wars is now officially joining Kotobukiya’s lineup of Bishoujo (Japanese for “beautiful girl”) statues! Get ready to see the lovely ladies of all eras of the ultimate science-fiction powerhouse reimagined like never before. First up in the new Star Wars series is ace pilot/Jedi warrior/daughter of Han Solo and Princess Leia Organa, JAINA SOLO! One of the most popular characters in the Expanded Universe, Jaina has appeared in numerous novels and comic books that take place after the events of Return of the Jedi and now comes to you in a fantastic Bishoujo statue based on an illustration by master Japanese illustrator Shunya Yamashita. 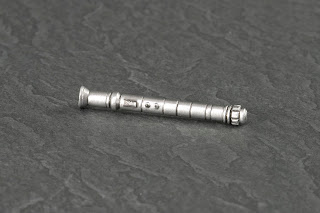 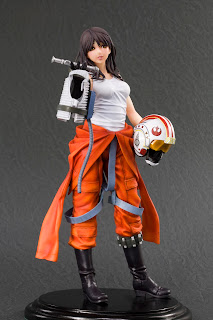 Standing 9 inches tall (1/7 scale) on a special display base incorporating the Rogue Squadron emblem. Not only is Jaina the first Star Wars Bishoujo Statue, she’s also the first Extended Universe character brought to life by Kotobukiya. She looks great on her own, and she’ll make the perfect addition to any Star Wars or Bishoujo collection!

Look for Jaina to fly onto retail shelves just in time for the Holidays (this December) for $64.99 USD.