There's a really big rumor going around right now that Steve Jobs' Pancreatic cancer has returned and his health is fading fast.

I seriously hope he's going to be okay. Jobs is a true visionary in my mind and pretty much singlehandedly saved Apple from the scrap heap in the last decade. The loss would hurt Apple badly, I don't want to say cripple, but it wouldn't be good. I've also known people with Panc and to say it's bad is a massive understatement. I'm definitely going to keep Mr.Jobs in my prayers-

Get well soon man.
Posted by The Angry Spark at 4:35 PM No comments:

Email ThisBlogThis!Share to TwitterShare to FacebookShare to Pinterest
Labels: apple

Are the game companies. Factor 5 just cut half of their staff and then promptly went belly up. Read all about it on Kotaku. And this stellar news comes right on the heel s of the death of former industry big and Timesplitters creators, Free Radical.

This is going to snowball. Trust me.
Posted by The Angry Spark at 6:47 PM No comments:

Email ThisBlogThis!Share to TwitterShare to FacebookShare to Pinterest
Labels: industry

Ahhh, the first snowfall of the season- 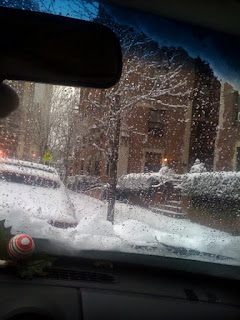 What a joy for a boy to behold.

Email ThisBlogThis!Share to TwitterShare to FacebookShare to Pinterest
Labels: holidays

XBOX 360 Fanboy is reporting that Gears 3 will have FIVE PLAYER CO-OP play. That's frikkin' awesome by anyone's count. Bring it on.
Posted by The Angry Spark at 1:14 PM No comments:

Email ThisBlogThis!Share to TwitterShare to FacebookShare to Pinterest
Labels: gears of war

Home for the Holiday's?

Put this one in the weird but true catagory.

It looks like the Playstation 3's long awaited and not very well described (I'm still not sure exactly what it is) social interfacing tool, Home, will be available in beta form on December 17th. Yep, it's not your imagination- there was no hype at all for it. No press to speak of for a piece of software that hasn't really been well promoted up till this time and yet is supposed to be a keystone for the console.

Enjoy?
Posted by The Angry Spark at 12:53 PM No comments:

Played a little Fable 2 today. I thought it was wrapping up but it looks like the main quest is actually a lot longer than I thought. Which is a good thing. Mainly because I was about to complain that F2 was really, really short for this type of game.

Now the only problem is that I've still got to finish Spider-Man and I still haven't really gotten into Fallout 3. I know they came out a while ago but I chose to plunge into Gears of War 2 and Fable 2 first and I'm dying to move on.

Right now though, it's NY Giants football (please destroy the Eagles) and pizza, then I'll move on to some work that's left over from the week. Later? Maybe out to Ikea with the gal for some good old fashioned Swedish boredom.
Posted by The Angry Spark at 1:58 PM No comments:

Email ThisBlogThis!Share to TwitterShare to FacebookShare to Pinterest
Labels: sunday

Who ya gonna call?

Posted by The Angry Spark at 1:44 AM No comments:

Now that's cool. I'm not even going to spoil it by posting the picture here. Just hit the link and prepare to be amazed. Really.
Posted by The Angry Spark at 5:16 PM No comments: