Diamond Select Toys' awesome line of Marvel comics action figures continues this week with the movie version of one of the longest standing Avengers (and surest shots in the Marvel U) Hawkeye.

But wait, there's more! DST also has a whole mess of re-issues coming to comic stores this week too. Depending on how far behind you are, this could get expensive.

The star of the week though, is definitely 'the Hawk'. Mr. Clint Barton (did they ever actually call him Hawkeye in the movie?) comes complete in 7" scale with his bow, arrows, and base that sports the look of NYC's Pershing Square Overpass. The Overpass was the setting for one of the final scenes of the film (unless you count the Schwarma place) and will link-up with the forthcoming DST release of the Chitauri footsoldier. Pretty cool stuff. 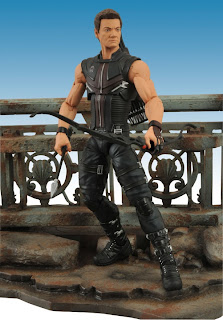 Now I did say there were re-issues right? Magneto, Cyclops, Abomination, and the ever-lovin' blue eyed Thing all hit stores again this week as well. Personally, I missed all of these the first time around... might have to hit the ATM... 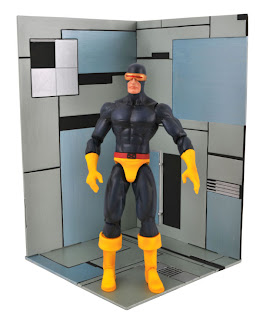 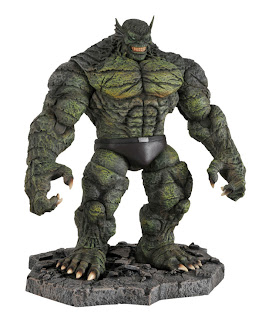 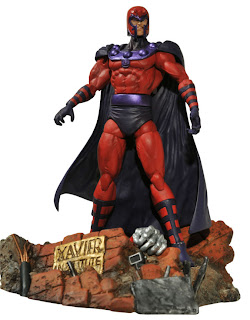 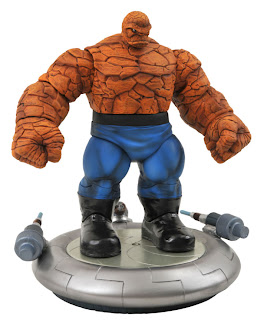