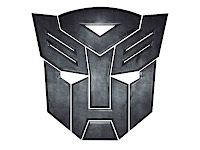 Transformers Prime is proving to be one of the more popular adaptations of the Transformers brand since the original and Beast Wars, and now it's getting the videogame treatment as Activision preps the Autobots and Decepticons for action.


"Hasbro Studios has done a phenomenal job with the TRANSFORMERS PRIME television show," said David Oxford, Executive Vice President at Activision Publishing. "We are collaborating closely with the series creators to capture all the adventure, humor and friendships from the show to create an authentic action experience for TRANSFORMERS fans of all ages to enjoy."
"Hasbro is thrilled to be working with Activision again on an exciting new TRANSFORMERS video game," said Mark Blecher, Senior Vice President of Digital Media and Marketing at Hasbro. "The TRANSFORMERS PRIME animated series has resonated strongly with kids and fans and we're looking forward to delivering this new way to experience the adventure."

So not a whole lot of info, or even in game footage, there. The game will be available this Fall on the Wii and 3DS- which probably means that fans can expect a full reveal around e3 time.
Posted by The Angry Spark at 1:49 PM