Are We Alone? Continues with Alien, NASA 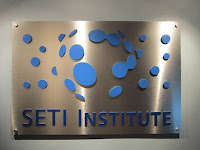 Science's Are We Alone? month continues with Alien Encounters: Arrival and NASA's Unexplained Files this Tuesday.

If you haven't been watching Science's Are We Alone? block of television, then you've been missing out on some excellent mind-expanding TV.


ALIEN ENCOUNTERS: The Arrival premieres on Tuesday, March 20 at 10 PM (ET/PT)
In two dramatic hours, ALIEN ENCOUNTERS lays out a plausible hypothetical scenario for a first contact event. What would really happen if we got a message from space? How will humans react when we learn that a message from a distant technology or a spacecraft is on its way to Earth? Will humans learn from aliens, or become colonial subjects? Some of the world’s leading astrophysicists, astrobiologists, and sci-fi writers help unravel the scientific, cultural and psychological impact of this world-changing global event. This show is made in cooperation with The SETI Institute which was founded in 1984 and had renowned astrophysicist Carl Sagan as one of its Board of Trustee Members. Carl’s son Nick is now following in his father’s footsteps wondering, “How will we meet our galactic neighbors?”

Countless mysterious objects have been caught by NASA’s cameras. In this special, we’ll reveal NASA’s top ten unexplained encounters using original footage and groundbreaking interviews with astronauts and scientists. Can these phenomena be explained away through science and detective work? Or have NASA’s cameras potentially captured the first traces of extraterrestrial life?

Just the fact that this topic is recieving this kind of attention from a hardcore science channel like Science is exciting. Even if you don't necessarily agree with some of the presenters, it's great to see.

The Are We Alone? initiative is happening all March long, do yourself a favor and catch it on Science.
Posted by The Angry Spark at 2:43 PM