Or the desert as the case may be. 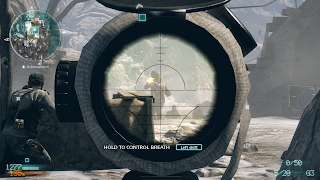 EA's much anticipated modern war shooter may have cooled a bit as it landed at retail with a dull thud, but that won't stop the DLC train from dropping off a few new multiplayer (of course...) maps and modes to everybody who took the bearded plunge. 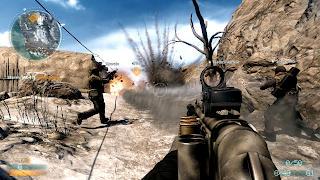 The content is available now on Xbox LIVE for 800mspts or PSN for $9.99

Full release detailing the new stuff after the jump-

Medal of Honor today announced that two all new multiplayer modes on PC, Xbox 360 and PlayStation 3 are available.

Clean Sweep is a free* multiplayer elimination mode where players must rely on their own skills and teammates’ expertise to prevail as the winning team. This exhilarating mode is playable across two all-new maps called Bagram Hanger and Khyler Caves as well as redesigned versions of Shaikhot Base and Helmand Valley Base.

Hot Zone is a multiplayer mode that features “King of the Hill” gameplay where teams fight over a designated location on a map; the team who holds their position longest prevails. This adrenaline-fueled mode is playable across two all-new maps called Hindukush Pass and Korengal Outpost as well as redesigned versions of the popular Shahikot Mountains and Helmand Valley maps. Hot Zone will be available via Xbox LIVETM Marketplace for 800 MS points, on PlayStation®Network for $9.99USD and on PC exclusively via the EA StoreTM for $9.99USD.

Play and Win Jump into Hot Zone and be entered for a chance to win cool prizes. Players can check out the potential prizes and details at www.medalofhonor.com/playandwin.

Developed by DICE, Medal of Honor multiplayer delivers world-class First Person Shooter action and dedicated server support with all of the same authentic settings, weapons and realistic action depicted in the single-player game. For the first time in its 11-year history, Medal of Honor leaves the WWII theatre and enters the modern setting of war-torn Afghanistan. Medal of Honor is available now in North America and in Europe for the Xbox 360® videogame and entertainment system, PlayStation®3 computer entertainment system and PC.