I'm very excited for Dark Dawn, I have to admit that I never played Golden Sun before- and even though I'm partial to old-schoolesque role players on the DS, I've never been a big RPG guy in general -but this looks like a winner. And just in time for Christmas! What're the odds!?!

Full release and screens after the break-

*Note- Kmart is having an awesome special this week for GS:DD. If you buy the game, you get Dragon Quest IX (also on DS) for half the price and a $10 coupon good towards a future game purchase. It might be time to buy myself a little gift... 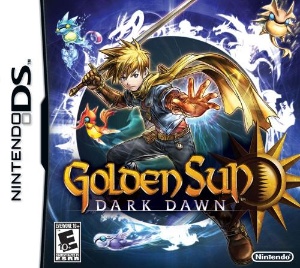 The vibrant graphics, rich role-playing action and imaginative storyline of the original Golden Sun™ series for the Game Boy™ Advance system made it a hand-held gaming classic. Today, Nintendo introduces a fresh chapter in this acclaimed series with the launch of Golden Sun™: Dark Dawn. Available exclusively for the Nintendo DS™ family of systems, this bold new Golden Sun installment finds the descendents of the previous games’ heroes fighting to protect the world of Weyard from a mysterious and powerful threat. Golden Sun: Dark Dawn takes place 30 years after the events of 2003’s Golden Sun™: The Lost Age, where the world of Weyard has recovered its vitality through the immense power of the Golden Sun. Continents have shifted, creating new nations and landscapes, and new species have emerged. But along with these changes, the next generation now faces new dangers. What begins as a simple journey turns into a dramatic quest to save the land from catastrophe as players are drawn into a world full of magical energy.
In Golden Sun: Dark Dawn, players will encounter dangerous enemies as they strive to collect more than 70 different Djinn – mysterious elemental creatures that are used to summon powerful spirits in battle. As they explore the vast and beautifully rendered world of Weyard, players use the stylus on their Nintendo DS, Nintendo DSi™ or Nintendo DSi XL™ system to control character movements, enter battle commands and use magical abilities by releasing Psynergy – spells connected to the elemental forces.
“Golden Sun: Dark Dawn delivers a planet-sized quest to explore and conquer,” said Marc Franklin, Nintendo of America’s director of Public Relations. “The game’s memorable characters, brilliant graphics and multifaceted game play will satisfy fans of the original Golden Sun games, and the rich storyline and intuitive touch-screen controls will help newcomers to dive right in.”
For more information about Golden Sun: Dark Dawn, visit http://goldensun.nintendo.com. 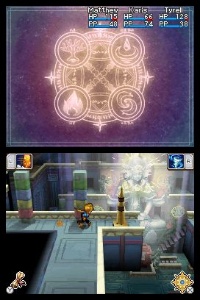 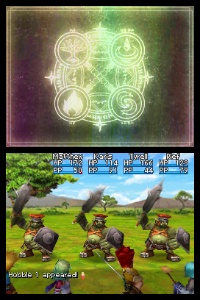