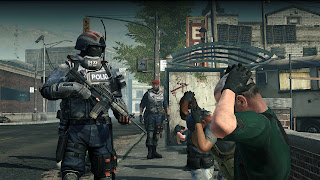 According to Xbox's Major Nelson- THQ's upcoming action/shooter, Homefront, will have a timed exclusivity agreement for all of it's downloadable content (which will be map packs) to appear on the Xbox 360 before any other console. At least one of piece of content, a map called Suberbs, will be a 360 exclusive permanently.

As the war for DLC and digital content in general becomes hotter, we're seeing agreements like this one become more and more commonplace. A release date for the DLC  is yet to be detailed but Homefront itself will be out on retail shelves March 8th for both the Xbox 360 and the Playstation 3.
Posted by The Angry Spark at 4:00 PM