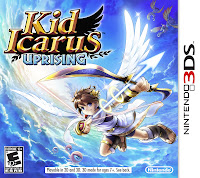 One of the biggest (if not the biggest) games coming to retail shelves in 2012 for Nintendo's 3DS is Kid Icarus Uprising. Today, the Mario company uncovered some brand new deets about it's story and single player experience.

Standout announcements from the release includes the info that every copy of the game will be bundled with the aforementioned 'stand', the title will feature limited circle pad pro support, and Pit (Kid Icarus) will actually be using some hardware in the form of vehicles and weaponry. 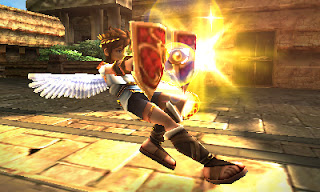 Also very cool is the news that pre-ordering the game will net you the original Kid Icarus (from the NES) as a downloadable onto your 3DS. And not only that, but the game will be bumped up to 3D Classic level which means it'll be complete with (you guessed it) 3D visuals.

Nintendo says they'll be releasing more info about the hotly anticipated title prior to it's 3/23 release date, but if you'd like a more detailed look at the game- click right here and be taken to a magical world of feathery wings and heavy ordinance... apparently.
Posted by The Angry Spark at 2:55 PM