DST celebrates a decade of Marvel by giving you free stuff 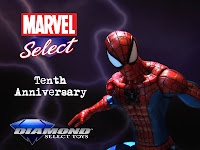 Diamond Select Toys has been making Marvel Selects for ten years. I almost can't believe that- to me it seems like only a few years ago that they made those awesome Spider-Man and Punisher figures. Nevertheless though, a decade it has been and the company is celebrating by giving one very lucky winner a treasure trove of toys picked right from their home offices.

And this is some really cool stuff by the way. No throw-aways in the lot. With over 100 figures in the line, DST had a lot to choose from for the contest and they've got some really good one's lined up. 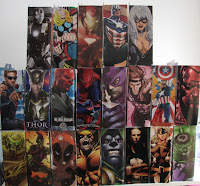 A whopping 21 different Select figures from across the line's ten-year run -- including a War Machine movie figure signed by actor Don Cheadle himself -- have been packed into boxes, awaiting shipment to one lucky winner, and that's not even all! The winner will also get an unpainted Green Goblin prototype (with glider), a rare out-of-package Unmasked Deadpool variant figure and the brand-new Ultron Select figure, before it's even available in stores!

Sound good? Yes, yes it does. here's how you get a shot at that massive prize pack:


All you have to do is wish Marvel Select a Happy Anniversary and post one of the Marvel Select Tenth Anniversary images (attached) on your Facebook, Google Plus, YouTube, Pinterest or Twitter page! Then send a direct link to your post to collectdst@gmail.com! The winner will be chosen at random on August 17th. Once they confirm the posting, they'll notify the winner! Enter as often as you like, but the winner must have a U.S. address to claim the prize.

Easy-peasy right? So what are you waiting for? Get your social media hats on... NOW! 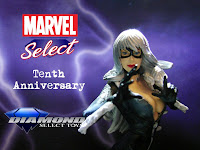 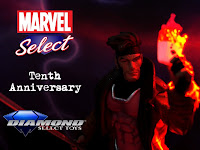 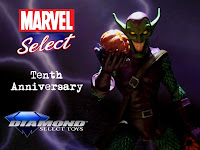 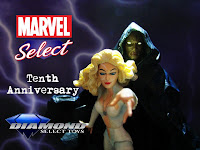 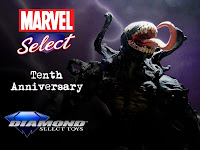 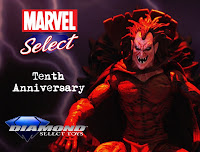