Ziggy helps kids have fun in the sun with new App 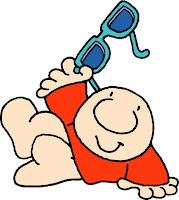 Everybody knows Ziggy. The little guy has been making readers of his strip laugh since 1978 and is still going strong. Now with his new App, he's out to help kids learn about the dangers of sun damage... which, of course, really isn't all that amusing.

Tom Wilson Jr. (current Ziggy writer/artist - his Dad was the first) has launched the App in conjunction with the Foundation for Global Skin Health Strategies.


Tom Wilson, Ziggy cartoonist and president of Ziggy & Friends, Inc., said, "As we move into the hottest months of the year and children are outside playing this summer, we are proud that the new app featuring Ziggy is available to all parents and children everywhere."

The App, called Ziggy's Best Birthday, is basically an interactive storybook where kids join Zig on his birthday. As he celebrates his big day, kids will pick up tips on how to properly protect themselves from the dangers of prolonged sun damage. They'll also get all the usual Ziggy lessons of sharing & caring too.

Although it was designed with the younger set in mind (18 months to 5 years), the App also has plenty of info that adults might find interesting including stats about skin cancer and its steady rise as one of the most prevalent forms of the disease.

Ziggy's Best Birthday is available now on the App Store for .99 USD. You can grab it right here.
Posted by Jessica at 11:41 AM