I'm a pretty big fan of these sets and I really like the direction that K'Nex is heading with the line in general. Though the main bulk of the series is all about the Kart racing, and it's all pretty cool stuff all by itself, I'm perhaps most optimistic about the stand alone figure line that you see pictured to the left.

There is no (and really never has been a) Super Mario Bros. line of toys. Glimpses here and there over the years of small figurines, models, and mystery boxes have teased fans- but there's a real dearth of real action figures in a continuing and a total lack of playsets. For a property that's been around as long and is as popular as Mario Bros is, that's a straight-up crime. I mean, there's really nothing out there that represents a full and fleshed out menagerie of characters from the games.


Now, let me be clear because there's been no announcement made- there is no Super Mario Bros. building set series coming from K'Nex (at least, not that I know of) or anybody else for that matter. It's the idea and the opportunity that exists here as an extension of the Mario Kart line that gets me pumped up as a big fan of the plumbers. And the expansion of the single figure packs (which are converting to mystery packs BTW) to now include Toad, Donkey Kong, and Diddy Kong are seriously giving me hope that we may see something like that yet.

As for the line as it stands today- there's plenty of awesome stuff coming in 2012. More bikes, karts, courses and even motorized vehicles (!) are all on the way. Some of the new additions to the courses are worth getting excited about too. There are a lot more power-ups and course specific enemies making there way into the sets. Shy-Guys alone warrant quite a bit of enthusiasm... well, they do from me anyway. Now, about that 'World 1-1' set... 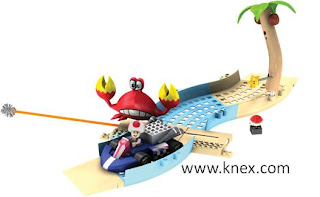 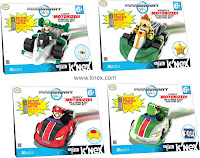 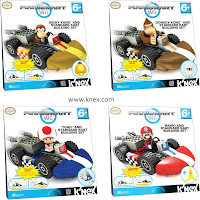 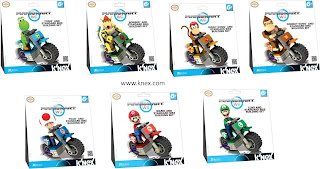