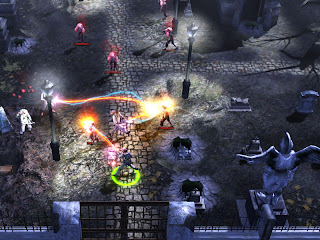 Honestly, anything Ghostbusters is exciting- but I was more than a little disappointed that Atari's first Ghostbusters sequel would be DLC only and not a full retail game like it's predecessor.

That disappointment is fading though because the more I look at Sanctum of Slime, the more I like it. It's starting to remind me of the long (apparently) forgotten Ghostbusters arcade game. Also, we previously reported that the new game would place the player in the shoes of the previous game's 'rookie' character- maybe now out on his own. But that seemingly won't be the case as the press release points to a new recruit and will once again take place in New York City.

Ghostbusters: Sanctum of Slime will be available on the PSN and Xbox LIVE in 2011. Read on for the full press release and a bunch more screens-

With the city quaking in fear and no help in sight, who ya gonna call? Atari, one of the world’s most recognised publishers and producers of interactive entertainment, is once again answering the call for gamers everywhere by delivering the first ever Ghostbusters digital title, Ghostbusters: Sanctum of Slime. In conjunction with Sony Pictures Consumer Products, Ghostbusters: Sanctum of Slime will be available on Xbox LIVE® Arcade for the Xbox 360® video game and entertainment system from Microsoft, PlayStation®Network, and Windows PC Download at Atari.com, in Spring 2011.

Ghostbusters: Sanctum of Slime is a four player, ghost-busting adventure that will take players on a brand new paranormal experience. Players will suit up with their proton packs and assume the role of a rookie hired by the Ghostbusters to save New York City from a disaster of ghoulish proportions.

The action-packed gameplay progresses as players complete jobs as fearless rookies who explore a series of haunted environments that must be cleared of any ectoplasmic threats. The gripping adventure rages on as players encounter gigantic bosses that require a concentrated effort to defeat using a medley of highly destructive weapons including the Proton Stream, Plasma Inductor, and the Fermion Shock. Rookie Ghostbusters will face the dangers of the eerie world alone or with a ghostbusting team of friends both locally or online through the game’s multiplayer capability.

“We are more than pleased to see Ghostbusters continue to thrive in the video game space with the upcoming release of Ghostbusters: Sanctum of Slime,” said Mark Caplan, Vice President Interactive, Sony Pictures Consumer Products. “Atari has been an incredible partner in helping us re-establish this beloved film franchise.” 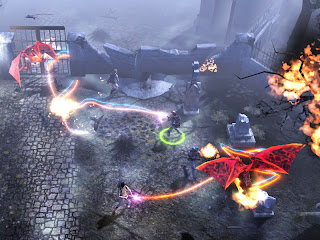 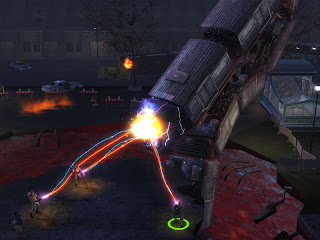 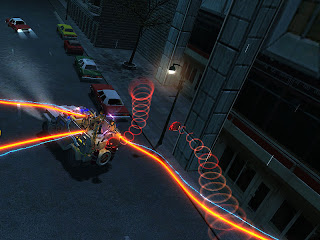 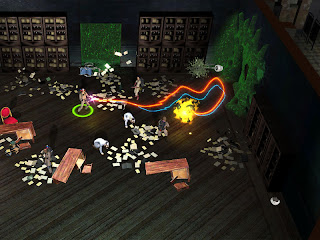 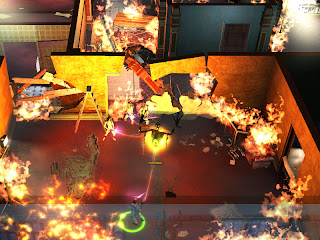