Katherine is the head of an ancient order that Nathan finds himself at odds with. Her tactics are more manipulative than your typical villain and her men are better trained and much more dangerous than any thugs that Drake and his partner Victor Sullivan have faced in the past.

Let's hope she has a lot of them too- because if these games have taught us anything, it's that Drake's going to be shooting a lot of them. Full release and some fresh screens after the break.


Nathan Drake’s latest quest pits him and his partner Victor Sullivan against a more insidious adversary – and a more personal threat – than they’ve ever faced before.  Katherine Marlowe is the coldly calculating leader of a secret order with roots stretching back over four hundred years, to the court of Queen Elizabeth I and the 16th-century intrigues of her spymasters and occult advisors.

A long-standing rivalry over Sir Francis Drake’s ring – an artifact which they both contend is rightfully theirs, and which they both believe holds the key to an ancient mystery – propels Nathan Drake and Marlowe into a conflict that spans the globe and ultimately carries them into the mystical heart of the Arabian Desert.

Marlowe is a more cerebral enemy than Drake has confronted in the past, employing both psychological and physical tactics as part of her arsenal.  She knows how to manipulate her opponents, and uses fear as a weapon.

Marlowe’s highly-trained cadre of agents is more than just a crew of hired guns.  Fiercely loyal adherents of the clandestine organization she heads, they employ special forces and covert ops training to confound their opponents.  They’re far more elusive and dangerous than the foes Drake and Sully are accustomed to battling. 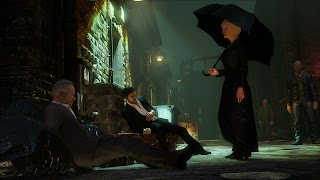 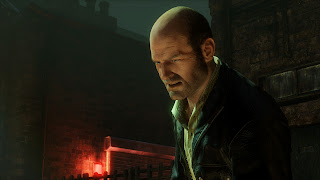 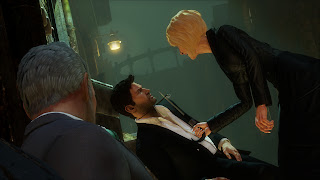