The Deadliest Warrior- Final Round, Fight!

Just a little over a week away, the retail box set of the first two Deadliest Warrior games Deadliest Warrior: Ancient Combat has set it's final fantasy pre-release matchup. Get ready for Dracula.

Vlad Tepes Dracula, the historical figure that inspired the fictional lord of vampires is one half of this week's bout. If you're familiar with him at all, then you know he's one of the most frightening rulers of all time. Lauded as a hero to this day in his home country of Transylvania (for almost beating the mighty Ottoman Empire) Vlad was nonetheless a very sadistic and cruel man.

What his opponent might lack in viciousness, he more than makes up for in sheer military brilliance. Hannibal took a small (comparitively) army over the Pyrenees mountain range and into the heart of the Roman Empire. For most this would have been a fools errand and ended in a swift defeat- Hannibal however, was cut from a different cloth. And perhapse loved it when a plan cam together. Or not... that might have been a different Hannibal.

Vlad the Impaler – While Vlad the Impaler is far from the contemporary image of the blood drinking Dracula, that isn’t to say this 15th Century prince of Transylvania wasn’t a horrific human being. Vlad is infamous for his excessive cruelty with tens of thousands of people slaughtered at his command. This “Son of the Dragon” was known for his favorite mode of execution: impaling his victims alive upon stakes. He was an evil sadist, to be sure. 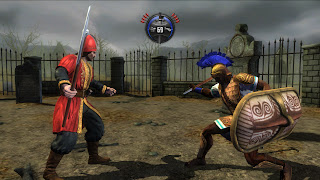 Hannibal – If Vlad was known as a brutal prince of his nation, Hannibal comes in as an invader of the larger Roman empire. Notable for leading war elephants over the Pyrenees and the Alps to invade northern Italy, Hannibal was an imposing force of the Western world. Known as one of history’s greatest military tacticians and strategists, he was a leader the world has rarely seen. Of course, in Deadliest Warrior it’s just him alone against a singular foe. Can this elephant of a man defeat the inspiration for Dracula?