Painkiller is an odd game, it's been around forever, a lot of people like it- but for some reason, it's never really 'taken off', you know? Nonetheless, developer JoWood is still supporting the niche blast-a-thon with new content. 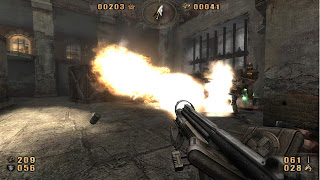 Painkiller Redemption is now available on Steam for the amazingly low price of $4.49- a great deal for a lot of action. Now, technically this is an expansion pack but here's the thing- it's stand alone. You don't need to have any of the previous 'Killers installed to play- you also get quite the bang for your buck:

About the game
The kingdom of heaven is threatened by a ruthless army from hell. Two champions, Daniel and Belial, who we already know as the two previous heroes of the series, combine their forces and join the never-ending battle between good and evil. 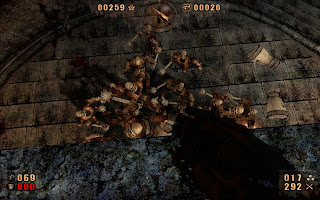 Add to that that Steam is having a 10% off sale on the game right now and you've got a nic e little deal there- that's .50 people! Two quarters!!!
Posted by The Angry Spark at 2:00 PM