NBA Jam Retails it on over to the Xbox and PS3 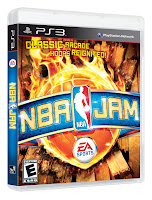 Originally a simple packed-in download code, Jam for the 360 and PS3 has gone the full blown retail box route.

In case you're out of the loop, Jam was a semi Wii exclusive- the 'next-gen' consoles were to get a download only version of the game that was packed in with the now delayed 'NBA Elite 11'. The DLC was essentially the same game as the Wii version only stripped of most of it's modes including online multiplayer.

So the consoles that people actually play online with weren't getting online play while the Wii was. As you could imagine, it didn't go over too well with fans of the classic hoops title. After all, one of the joys of the classic game was schooling a 'pal'. When EA Sports announced that Elite was going to be delayed, they also said that Jam was to become a stand alone title out in time for the Holidays. Most thought it would still be download only, just more like the complete experience found on the Wii-

Enter: the 360/PS3 retail box. This should be the same as the Wii title in every way, just with HD graphics. There's no word on an actual release date yet (the Wii version is out now) but it will be on shelves before the Holiday Season. Fans should be happy.

Also aiding in the happiness are a bunch of screens after the break, enjoy- 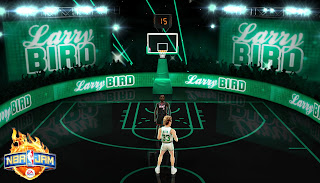 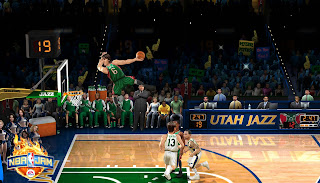 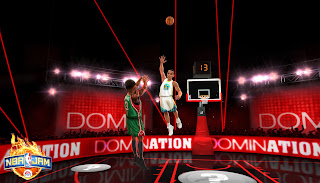 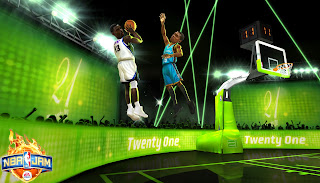 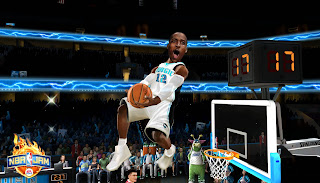 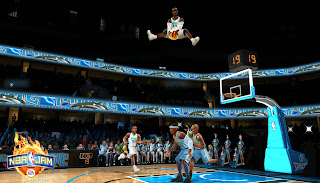 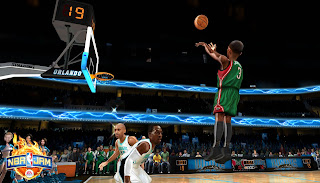 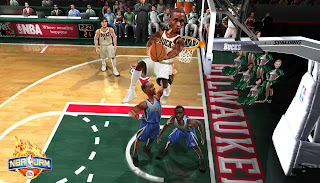 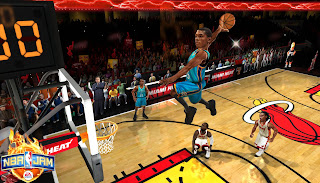 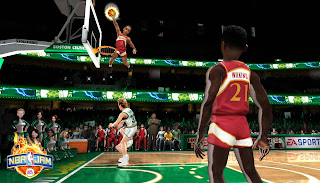 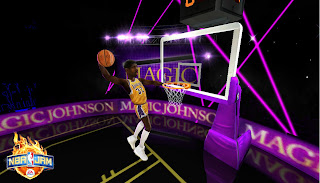 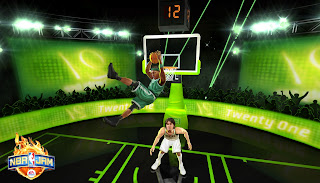