Plume on the way from web to print via Kickstarter 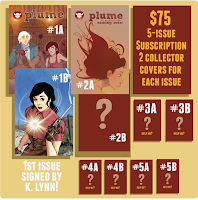 Through the crowd funding source Kickstarter, Devil's Due Entertainment plans to bring web comic sensation Plume to the printed page. Pony up and help them out, and you'll be on the receiving end of some very cool rewards.
You may not be overly familiar with the name Plume, but lots and lost of folks are. The website that the comic runs on now get thousands of visitors a day looking for new material and continuing stories from the Plume universe.

Creator K. Lynn Smith is looking to go one better though and bring the comic to actual comic shops soon through a partnership with Devil's Due. The newly formed Kickstarter campaign (which you can find here) is looking for backers to help achieve publication of a five issue mini-series.

And of course, since this is Kickstarter, there are all kinds of cool rewards and unlocks that'll be popping up as the campaign rages on. But for all that to 'go', you kinda have to donate. Here's what you can look forward to right now, if you give a little. 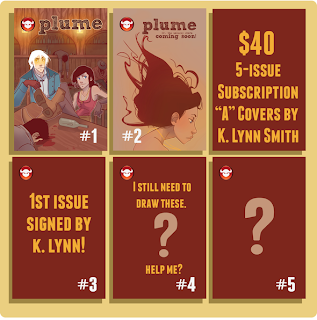 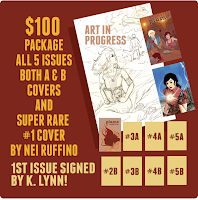 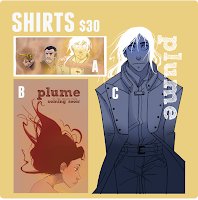