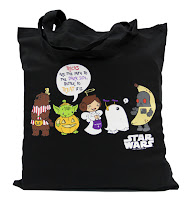 But don't run- because this stuff is actually pretty cool. And it's made by Jedi! Well, 'a' Jedi.


Ashley Eckstein, voice of Star Wars:The Clone Wars' Ahsoka Tano and wife of former MLB player David Eckstein, will be bringing her own brand of women's sci-fi inspired duds to the New York Comic Con show floor. Under the Her Universe banner, Eckstein hopes to broaden the availability of science fiction merchandise that's available just for females of the species.

"Most people do not realize that close to half of all sci-fi fans are women,” said Ashley. “This all started when, selfishly, I wanted more Star Wars merchandise made for fangirls. I love sci-fi and I quickly found out that I wasn't alone. I found scores of other fangirls online and at conventions who just wanted to be recognized and accepted in this unique genre. I felt that someone had to step up and give a voice to all of these passionate women, and that's when I founded Her Universe.”

It's a great idea, much like sports merch, cool (and actually wearable) sci-fi clothes can be a wee bit hard to come by for women. Stop by the Her Universe booth at the show October 13th - 16th to say hi and do a little shopping. HU will be offering a few exclusives in limited quantities too, so be early! 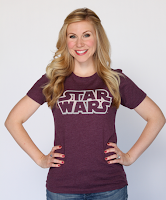