Is it wrong that the iPhone version of Madden 11 is the one that I'm most looking forward to?

Maybe. Maybe not... either way, here's a look at the upcoming footballer for the phone that plays games better than it receives calls- I keed, I keed... 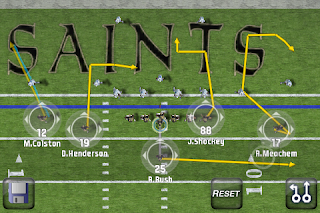 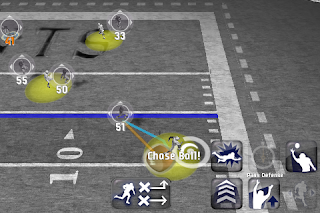 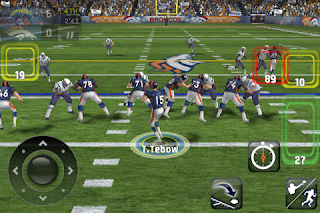 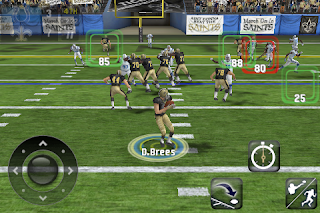 The game is looking really good as you can see, better than 10 which was a great title in it's own right. With the launch (presumably) right around the corner though there are few lingering questions still left unanswered-

So we'll see what makes it and what doesn't, I haven't really heard all that much about the game for portables, but I really am most excited about the iPhone version. Since I got my 4 I've been playing a lot more games on it than on either Sony's or Nintendo's consoles.

Maybe Nintendo was right after all when they described Apple as their number one competitor over Sony in the portable market.

Madden 11 launches for the home and portable markets on August 10th. The mobile version should be available for download right around then.
Posted by The Angry Spark at 12:57 PM