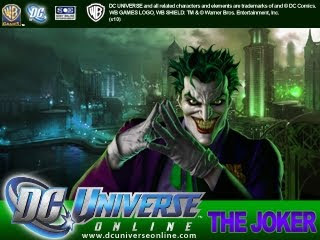 How do you like Kevin Conroy as Batman and Mark 'I'll never play the Joker again' Hamill as Joker? Yeah that's what I thought.

They'll both be reprising their roles for DCU Online along with a bunch of other stars like James Marsters as Lex Luthor and Adam Baldwin as Superman.

Subscriptions are ten bucks a month


Full release and details after the break