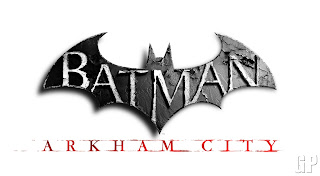 Yup, it's official- Arkham City is not a reference to Gotham in general though. It's actually a max security prison built into the heart of the city. I'm going  to guess that at some point somebody escapes and you get to experience at least a little of Batman's town.
There are no shots yet and no video other than the one we've seen already, but the release date has been announced - it's Fall... of 2011.
*sigh*
Posted by The Angry Spark at 4:02 PM